For adults that work in the real world though, dressing up is limited to non-sex game oriented parties, and workplaces that have a sense of fun (I, for one, work in an environment that actively encourages dressing up, though on the Friday before Halloween, which just gets confusing to the other commuters on the way home).

Sometimes though, you just can't think of a costume. Or, you don't really want to wear a costume, but you also don't want to be "that guy" at the office. Or you don't want to spend forty bucks on a crappy costume that you'll wear once, and look like an idiot while wearing. For you, after the jump are some helpful, low effort costume ideas for this Halloween.

What You'll Need:
This one is super topical, so jump on the opportunity while you can. Because next year, no one will get it, and you'll just come off looking like a serial killer's scrap book (although, that sounds like a great costume too. Yay recycling).

Fold, or attach the cardboard pieces into a basic binder shape. Create suspenders using the duct tape. Arrange arms and legs protruding from the binder, so as to make it look as if the binder is literally crammed with women. Do not expect to be able to sit while wearing this. Or ride the bus.

What you'll need:
Considering that GLaDOS spends the majority of the two Portal games as a disembodied voice, it doesn't matter what you look like, so long as you keep up with the voice the entire day. Say sarcastic, oddly sinister, passive-aggressive things to your family and co-workers. Mention how everything you are doing is for SCIENCE. If you have come equipped with the optional accessory, randomly whip it at people's heads. When they ask you why, tell them if they don't figure it out for themselves, they'll be killed. And that it's for SCIENCE.

5th Out of Five Doctors

What You'll Need:
You know those commericals: four out of five doctors, or nine out of ten dentists, or cats, or what-have-you suggest, recommend or otherwise endorse a product. But what about that last guy, the dismissive ass who seems to be in it only to ruin everybodies fun. Use this as an excuse to just say no to everything. If you've got four friends, have them join along as the overly agreeable rest of the panel. The perfect costume for the pessimist in your group. 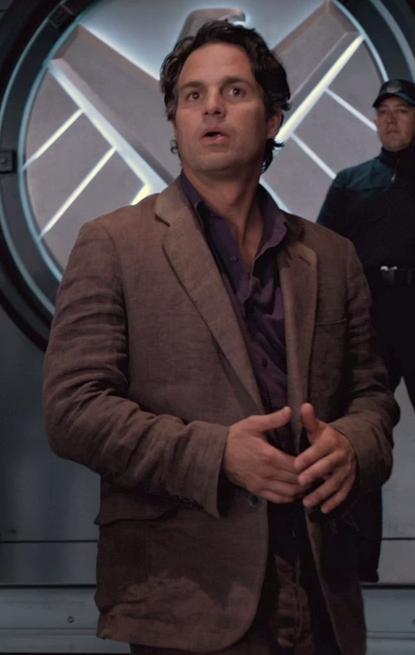 What you'll need:
Avengers costumes will be all the rage this year. But why toe the same old cliched line, being the ninth Thor, or one of a dozen Haweyes in the office this year? This Halloween, show a little respect for the anger management-challenged, slightly pudgy Doctor Banner. Really get into character by being distant, cynical, and mood breakingly depressing by telling uncomfortable stories about that time you tried to kill yourself.

This one is by far the most complicated, and the one that requires more then just stuff you might have lying around your house (really, I guess that depends on your house. I could put this costume together in ten minutes. Fifteen, maybe). Speak in gruff, Batman-patterned, Elizabethan English all day. Threaten to smite people with your hammer (the hammer not being your penis. That is a different costume altogether).

Dave (unless you already are Dave. In which case, Frank)

What You'll Need:
Really dig into the character. Work out Dave's (or Frank's) motivations. What are his passions? His regrets? How did he feel when Linda Fogel stood him up on prom night, because her family was leaving for Palm Springs the next day, and he had to spend the night being a third wheel to his friend Mac and that harpy Megan YES MEGAN, EVERYONE IS UNCOMFORTABLE THANK YOU, NOW STOP GIVING ME THE BITCH-EYE...

When people ask what you're dressed as, simply point to the sticker and reply flatly "Dave" ("Frank"). If they enquire further, do not go into detail. Use your tone to insist that not knowing who "Dave" ("Frank") is makes them weird, not you.
Posted by MR. Clark at 10:30

Email ThisBlogThis!Share to TwitterShare to FacebookShare to Pinterest
Labels: Featured