[How To] - Make Doctor Who Clue

MR. Clark 29.11.13 Clue , Doctor Who , Explanation , Featured , Toys Edit
[This is the part of a month long series of articles, lists and other features celebrating the 50th Anniversary of Doctor Who.] 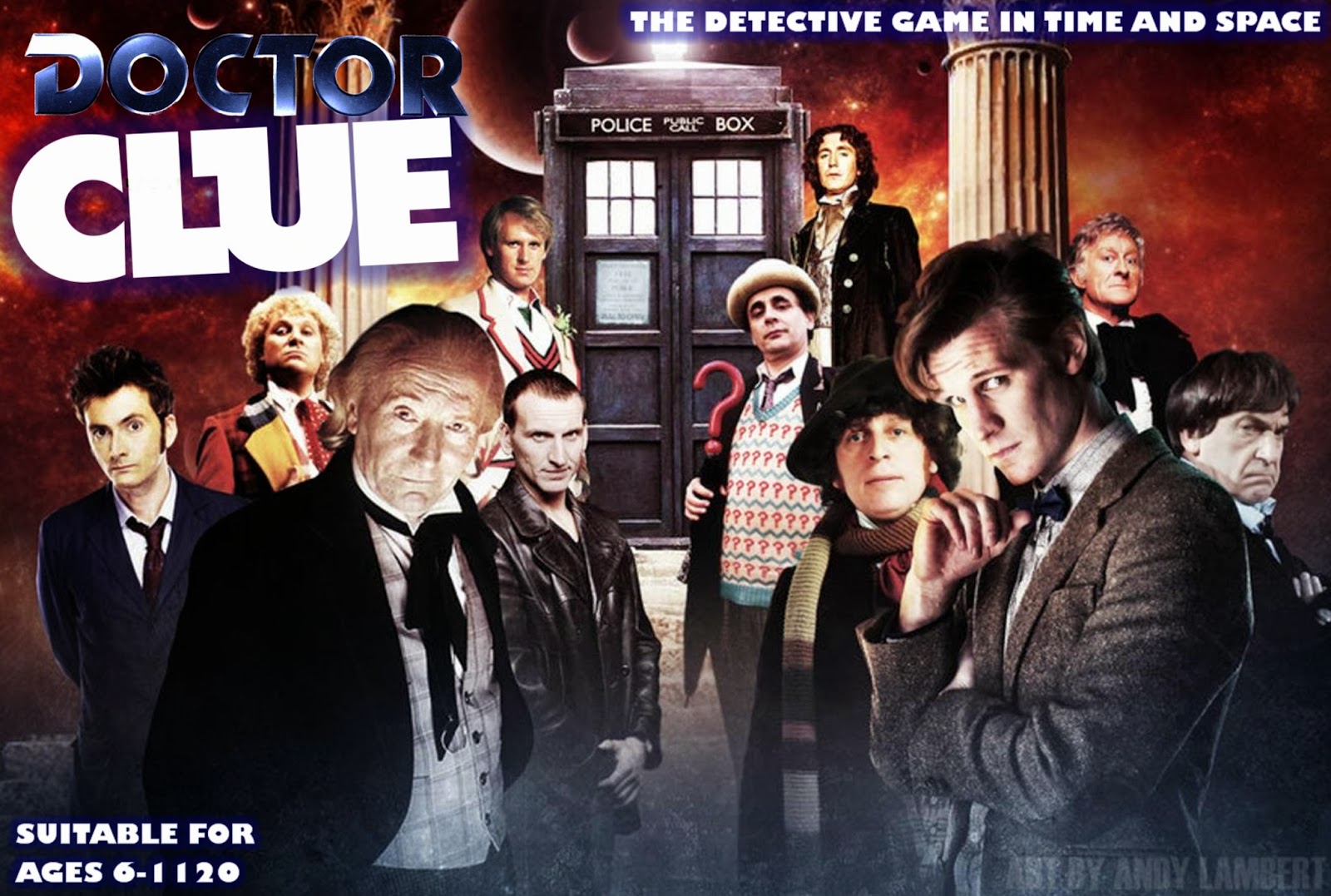 I think, by now, my love of Doctor Who is well established. And, on occasion, I've mentioned how fond I am of the board game Cluedo, or Clue. To celebrate the 50th anniversary in my own way, I've put together my own Doctor Who themed Clue game, which I've punnily named Doctor Clue. They seem like a natural fit, but Clue is the least likely game to be licensed (Monopoly, however, seems to be the town bicycle, the way it gets around).

Please note: none of the images I've used to put this together are mine. The image I've used for the box art (seen above) was made by the talented Andy Lambert, and I've left his credit visible. The rest of the images were taken from the BBC website, or from screen grabs of episodes of the series. This is a fan project, meant for my own personal use. I'm sharing my designs with the internet, but not making any profit off of this. I won't be producing any copies, or dispensing this product in any way (this isn't Etsy). I am not affiliated with, nor do I have permission from, the BBC to use the copyrighted materials associated with Doctor Who. Again, I am a fan, expressing his admiration for the long running series. All of this is my way of asking not to sue.

Hit the jump for the board, the cards and the rules.


The traditional set up for the game is a simple Agatha Christie plot: Edwardian cocktail party results in murder. You, as the player, must investigate the crime, and determine which of six character killed the host, with which of six weapons and in which of nine rooms. This structure has remained in all the various versions of the game over the years, and I've kept them in place with my own variation.

So, the story is this: The Doctor has been killed, and is regenerating somewhere in the TARDIS. You take on the role of the companion, searching the various rooms for the Time Lord. Along the way, you have to determine which Doctor is regenerating, and which of his enemies is to blame for his demise. In my game structure, the Doctors fulfil the role of the Weapons, and the Enemies are the Suspects.  The reasoning for me was, originally I was going to use the Doctor tokens from the 50th Anniversary Monopoly Game as the Weapon pieces, and the Character Building figures as the suspects. However, I've also created simple image tokens for use by those who might not have access to those resources.


The rooms are all established locations within the TARDIS over the history of the show. The original console room, Nine and Ten's coral desktop (listed as "archived," in honour of Idris), and Four's emergency console room are present, as are the original swimming pool and Zero Room. From the new series are the wardrobe, the library, and the Doctor's Wife corridors. And representing the 1996 film is the Eye of Harmony (it was a toss up between this and Eight's console room, but I thought four consoles was too many). The floor pieces are the updated corridor roundels (or hexidels, more appropriately).

Because of the aforementioned intent on using pre-made tokens, the characters involved in the game can be seen above. For the Doctors, 2, 4, 5, 7, 8 and 11 represent the regenerations, with the Daleks, Cybermen, Weeping Angels, Silurians, and Silence representing the Enemies. The TARDIS, as a shout out to the dubious nature of her role in the regeneration between the Sixth and Seventh Doctors, also gets lumped in with the Enemies. 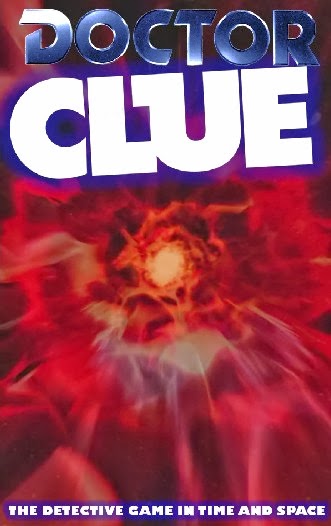 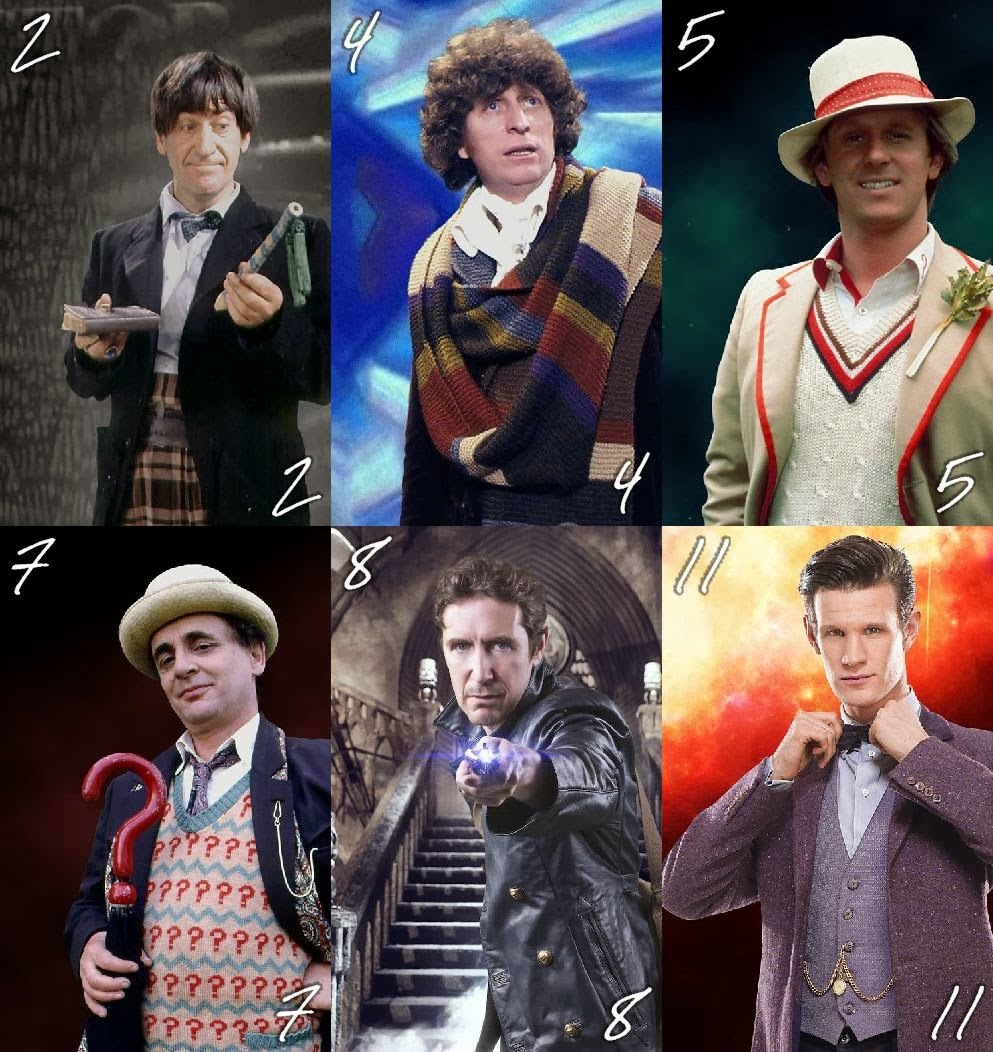 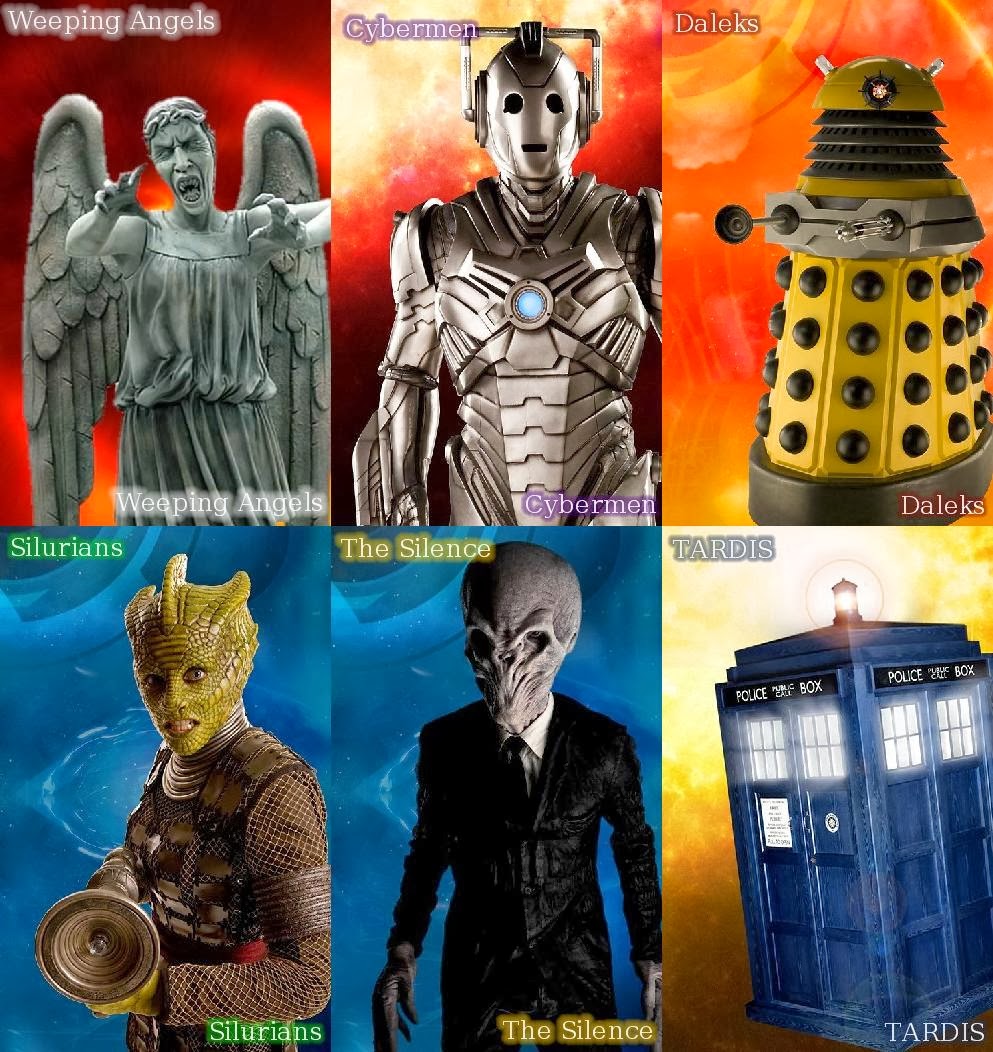 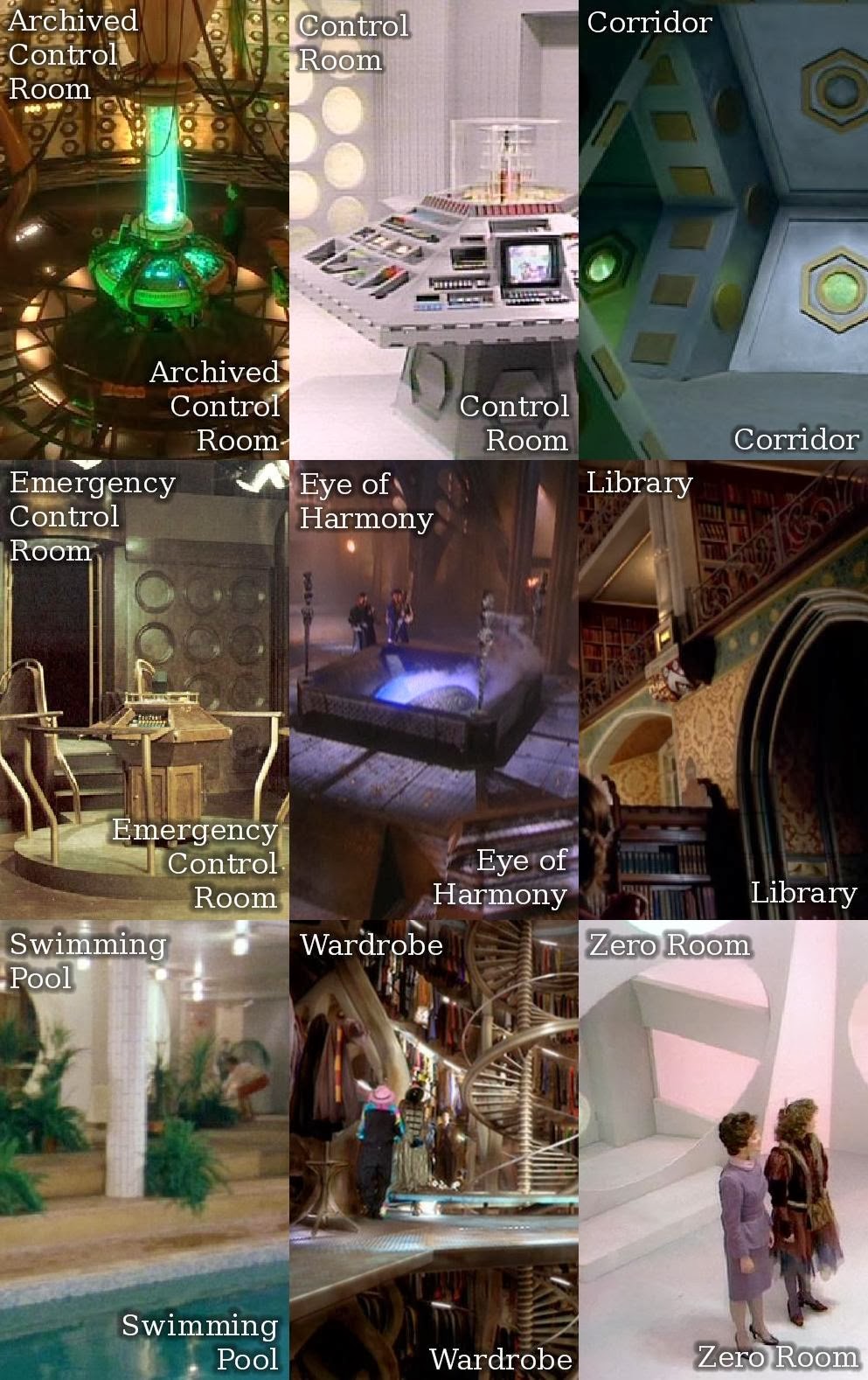 I've had all of these printed, and actually physically made this game for my own personal use. And because I'm a completionist, I went the whole nine yards. The cards are printed on glossy stock, the board on a sheet that I was able to cut then mount on a older Clue board I had. I even did up the box, with the top and bottom as seen above, and the sides, which I've included below if anyone wanted to try the same thing.

And before anyone complains, yes, I've put my logo on the materials in certain places. If you want to share this, please do so, but please remember to credit where you found it.