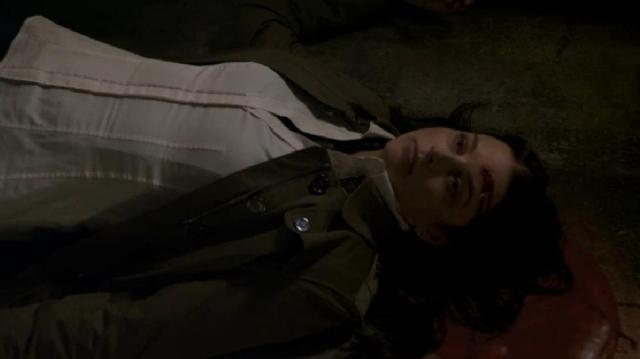 It's not really a spoiler to say that season three of Continuum kicked off by killing Kiera Cameron. I mean, it happened in the first episode. Happily, we had a spare, thanks to some time travel mischief. The mystery of who put a bullet into our hero's head has sat just behind the action so far this season, with Alec's algorithms slowly assembling an image of the killer from the dead Kiera's CMR.

They haven't devoted an entire episode to the investigation thus far, though I suspect one is coming in the back half of the season (plus time to deal with the consequences). In the meantime, I thought I'd spare a couple minutes to running over the list of suspects, both usual and unusual, and see if I can Sherlock the solution.

Hit the jump for the potential murders. Spoilers for season 3 to episode 5. Kellog isn't a player, he's a spectator that sits a little too close to the court. When he came back, he had grand aspirations of manipulating history for his personal gains. Had he stuck with that selfish agenda, he probably would have been very successful. Instead, he keeps inserting himself into the lives of his fellow time travelers. These interactions rarely benefit the others, and only seem to add to Kellog's own problems. As such, I consider him the least likely to have killed Kiera, and not just because I feel that he's physically incapable of pulling the trigger himself (he's still essentially a coward covered in a thick layer of charm and bravado).

Yes, season three has shown that, when desperate and pushed into a corner, he will resort to extreme action. But it was an extreme reaction, and a rare one. And most importantly, at the point in the timeline when Kiera died, she was not a direct threat to Kellog or his various machinations. Plus, he's always been slightly in love with Kiera, and even if she was a direct threat to him (which she has never been), I feel that he'd still try to weasel and charm his way back into her good graces, and would probably succeed. Yes, she was killed on his property, but the SadTech facility doesn't exactly seem like the most secure place in Vancouver. 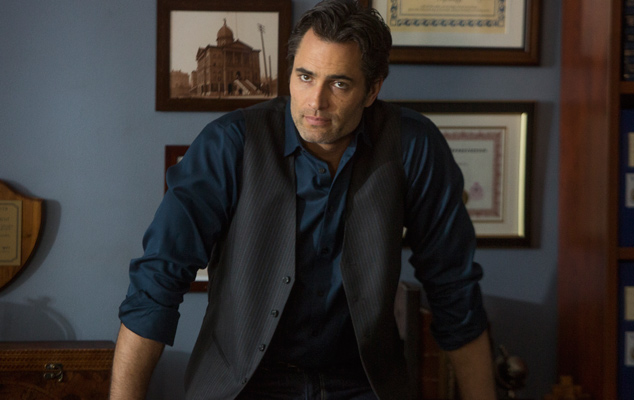 Escher's success was in his ability to look at situations from a position of cold logic. If a problem presented itself, the problem was removed. Escher is one of the rare non Liber8 characters to have shown no moral compunction against killing. And, as a former freelancer, he recognized the danger that Kiera represented as a wildcard. Alec can be manipulated (as season thee has shown). Liber8 can be curtailed. The police department can be bought. But Kiera has honour and a moral code, and those sorts of behaviours can cause carefully constructed plans to go awry.

Because Kiera's death occurs after Later Alec had already made changes to the timeline, the assumption has been that her death was an unintended consequence of changes to time. But who is to say that Escher hadn't ordered her death in the original timeline, but time and circumstance didn't allow it to play out. At that point in season two, Kiera was busy hunting down the increasingly unstable Lucas, contending with Freelancers sieges and being terrorized by a supercharged Travis. Perhaps Alec's changes just pushed things into the right configuration to allow Escher's plans to work this time around (I have no evidence to back this claim up)? Escher knew where the lab was, knew how to access it, knew how to track Kiera, and as we've seen, his death hasn't diminished his influence at all. A reasonable suspect, considering that we have seen her kill at least two people, on screen, with zero hesitation. Her relationship with Kiera was built on mistrust and jealousy from day one, and she has been under the direct control of both Kellog and Escher, both of whom have ordered her to kill for them. However, I'm leaning towards this being the "it's too obvious" option. The writers are rarely so obvious when it comes to stuff like this, and considering that the discovery of Kiera's body came in the scene immediately following Emily's assassination of Escher, I'm calling this as the show's Red Herring.

Though, to play Devil's Advocate for a moment, the discovery that the girl he traveled through time to save murdered his best friend might be enough to break Later Alec's run of good luck and forgiveness that he's been riding for the last couple episodes. Later Alec looked to be the sullen version that was destined to become the Elder Sadler, but the show switched that character development unexpectedly on us. There is more than enough time for the Alec's to switch personalities again, and discovering a horrible truth about Emily would probably be the only thing to make that happen. 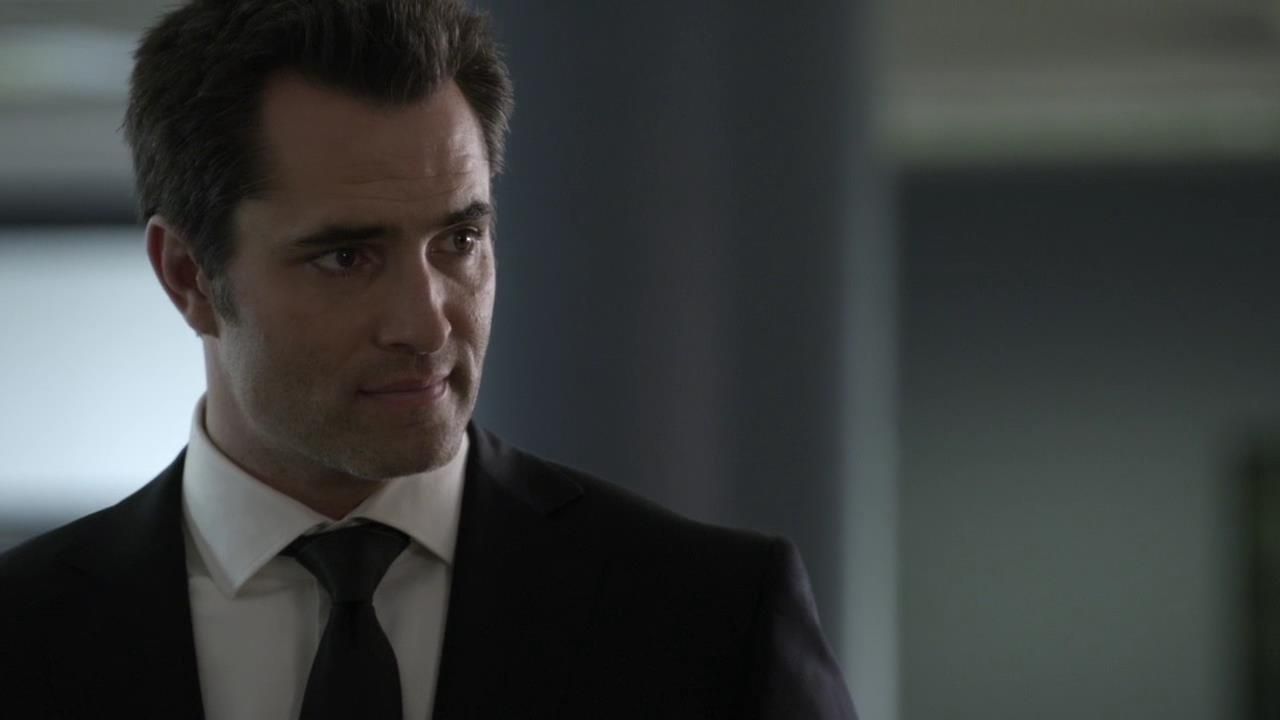 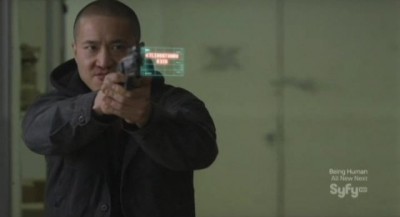 Curtis has been both a member of Liber8 and a member of the Freelancers, and in both roles has attempted to kill Kiera. He was the most (only) vocal objection to Kiera's induction as a Freelancer, and continued to view her with suspicion after Katherine had vouched for her. And, keep in mind that Kiera succeeded in killing at least one version of Curtis early on in the series. This Curtis is aware of his former self's death, and might have been looking for a bit of quid-pro-quo.

The twist to this theory is his brief appearance in episode 5. He confronts Kiera, claiming to want to make an alliance, to stand as a united front within the Freelancer organization. When Kiera reported this to Katherine, she seemed uninterested, but I smell something deeper at work. Katherine's rule over her cult seems absolute, so descent in the ranks will presumably not sit well with her. It remains to be seen how effective Katherine is able to manipulate her agents, but it might be that Curtis has had enough of being her puppet, and is looking for a way out.

Travis has the highest body count of any character on the show, and has made no secret of his desire to kill "the Protector." And he has had several opportunities. In the original timeline, he came the closest, stealing the second suit, leading a one man assault against Kiera and the police, before getting thrown down an elevator shaft. Given the chance, he wouldn't hesitate to put a bullet in Kiera's head.

Except, the new sequence of events removes his knowledge of the SadTech facility, and how to access it. And, he if had somehow accessed the facility, he managed to miss retrieving both the time travel device, and the second suit. Add to this, in his encounters with Kiera this season, not once has he expressed surprise at her survival. I think that Travis can be safely discounted as a suspect, for once.

Not that I believe it, but let's give this idea a spin. This season, Carlos has been in an increasing downward spiral, as his beliefs have been challenged, his friends stripped away through betrayal after betrayal, and his sense of identity has been challenged. We've (I've) assumed this is because of the sheer number of spectacular ideas that he's been forced to reconcile in a short amount of time, culminating in him drinking with the corpse of his friend. But what if it's guilt?

What if he has been feeling this way because of the guilt over killing his friend and partner? Why would he kill her, I don't know. He's always been the straight shooter on the show. But imagine the shock to the system in discovering that the person you murdered is still alive, and the hands you the corpse that you yourself is responsible for. I'd say that'd be enough to break a person's brain, wouldn't you?

This is my vote. Kiera was right there, as soon as Alec discovered the body. In fact, my immediate reaction to the discovering of Earlier Kiera's corpse was that Later Kiera had wiped herself out, to maintain as uncomplicated a timeline as possible. It is her instructed mission with the two Alecs after all, why not eliminate all potential inconsistencies? But then reader Robert Youngman reminded me of the flashforward that saw the CPS take control of Kiera, forcing her to execute an enemy of the corporate state. In episode, the flashforward was used to show Kiera's growing mistrust of the system, but this show likes layers of meaning. I then remembered the episode of season one, involving the holographic video game system, which saw Lucas take control of Kiera remotely. In fact, the CMRs have shown to be very accessible to manipulation over the length of the series, and the implanted therapist revealed the ability of the CMR to remove selected memories from the user.

So, my theory of Kiera's killer: her slightly future self. Her actions hijacked, and her memories of the event erased. But by whom? Liber8 has shown to have access to that technology in the past, but at the time, Liber8 was splintered. Lucas had just been arrested, and was super crazy. And there were no signs of any such action against Kiera at that point in the original timeline. Who else? Alec has had access to the CMR since day one, and has shown greater skill at manipulating the technology than anyone, but never taken it so far. Earlier Alec didn't have the motivation to kill her - Emily wasn't dead yet, so he couldn't blame Kiera for that. Later Alec was clearly in shock at discovering her body, so I think that counts him out too. Escher has an entire building of advanced technologies at his disposal, but hadn't been shown to be able to manipulate CMRs. So that pretty much leaves Katherine, the season's new Big Bad. The Freelancers are still mostly a mystery, and they've got that weird blue door that Katherine won't let Kiera see behind. They have access to technology well beyond Kiera's time, not to mention thousands of years of steampunked equivalents. Accessing a CMR and using a CPS officer as a puppet wouldn't be any problem for them.