Ever since Joss Whedon was announced as director of Avengers, the internet has been clamoring for Nathan Fillion to be cast in a Marvel film. And it makes sense; Fillion and Marvel seem like natural bedfellows, especially since they kicked off their film series with Robert Downey Jr. displaying the same roguish charm that Fillion is known for himself. Chris Pratt's performance in Guardians of the Galaxy is just more from that same wellspring of handsomeness mixed with sarcastic indignation.

What might be holding Marvel up somewhat is that Fillion, for all his charm and pre-existing fan base, is not conventionally a movie star. He's had great and continued success on TV, and appeared in many films in supporting roles, but has only actually played the lead role in a major, studio released motion picture twice. It helps that the two men who cast him in those roles are, in order, Joss Whedon (Serenity, 2005) and James Gunn (Slither, 2006). It should therefore be no surprise that one of the most common questions to hear in interview with these two men are "what role is there for Nathan?"

Many expected him to turn up in Guardians of the Galaxy, perhaps teasing a future larger role in the sequel. Sadly, his confirmed role was little more than some background voice work, leaving the future wide open for him to play an active physical role in the MCU in some way (the same is true of Alexis Denisof). And while, considering that Fillion's major roles have all been on TV, the assumption might be that it makes more sense for him to pop up on Agents of SHIELD (I'd hate to see him wasted there) or Agent Carter, I thought it'd be fun to take a look at those comic characters for whom Fillion would be best suited towards playing, who haven't yet shown up in the MCU.

Hit the jump for the list, which turned out to be pretty heavily celestial (because that's where my head is these days), so be wary of spoilers for Guardians of the Galaxy.

Eros of Titan, AKA Star Fox

As I mentioned in my more geeky breakdown of the Guardians movie, the logical direction to take the sequel in is to discover the identity of Peter Quill's father (James Gunn agrees). And a logical option for that parentage, given what the first movie established and disregarded from the source material, is Eros the Titan also known as Star Fox. This is the role I would least want Fillion to take, but also the role he'd probably be best in. I wouldn't necessarily want him to take the role because I'd like to see Fillion in a more reoccuring role in the MCU. And both Quill's father and Star Fox, be they separate or the same, would be unlikely to extend outside of the Guardians sequel.

But Fillion would kill it as the roving sex hound, relentlessly cheesy and thanks to his abilities, irresistible to women despite not being obviously irresistible to women. He'd essentially be Bill Shatner via Captain Hammer. Fillion has proven that he is without equal when playing intentionally hammy, and this role would allow him to chew as much scenery as he liked. And imagine the comedic possibilities between Fillion and a love effected Gamora? Or Nebula? Or Groot?

Part of what I respect about James Gunn is how open and honest he is with fans. In advance and in light of the film's success, he's been using Twitter very effectively, letting everyone know what he's planning for the Guardians sequel without giving anything away. Very recently, he admitted that the team roaster should increase by at least one member from the comics in the followup. I would argue that one of the comic's female characters would be a better choice, like Phyla-Vell or Moondragon (Carol Danvers could be teased, but should get her own film).

Considering the popularity of Rocket and Groot, Marvel might push more for a weirder member, like Bug, who was in early drafts of the first film. Well, if you want weird, meet Bill. He's the literally horse faced bruiser who can fight Thor to a stand-still. And while the team already has three tanks, in Gamora, Groot and Drax, he might be strange enough to sneak in under the line. There is a rumour that Bill can be seen during the Collector's scene in Guardians, but since this hasn't been confirmed by Gunn yet, I'm taking it as fans seeing what they want to see rather than what is actually there.

Fillion is an accomplished voice actor, much the reason why Gunn asked him to do a couple lines for a CGI monstrosity in the first film (Fillion's voice is next to unrecognizable). But he's done work for video games, animated series, and films, so he knows how to make his voice work for him without the physical presence. Gunn has also stated that Marvel did look at Fillion (on Gunn's recommendation) for Rocket, before settling on Bradley Cooper, so it's really just a question of finding a character better suited to Fillion's inflections.

Richard Rider AKA Nova
The comic origin of Richard Rider is basically Marvel's version of the Green Lantern: Rhomann Dey, last of the Nova Corp, gifts an unsuspecting Earth teenager with the powers of the Nova Force. But that doesn't work in the MCU for a couple reasons, not the least of which was that Green Lantern proved audiences aren't interested in "chosen one" stories anymore. And, in the Guardians universe, the Nova Corp is alive and kicking. While they could hire some youngster, Taylor Kitch-type to play Rider, I've noted before that Marvel has consistently went older when casting their actors. So while Fox is making Fantastic Four Babies, the mean age of the Avengers is in their late thirties. And audiences respond to that; these films wouldn't be making between $100 million and a billion dollars if the casts were all teenagers.

Rider would be the logical choice to lead a Nova Corps solo film, exploring the day-to-day of galactic peace officers. It might be too similar in concept and the memory of Green Lantern might be too fresh in the studio's mind to make it a reality, but if Rider were to be the fulcrum around which characters like John C. Reilly's Dey and Glenn Close's Nova Prime get elaboration, Marvel could do worse than someone as likable and versatile as Fillion. However, everything I've just mentioned could be equally achieved in a Captain Marvel film, which I think everyone would prefer, and which I'm getting to. 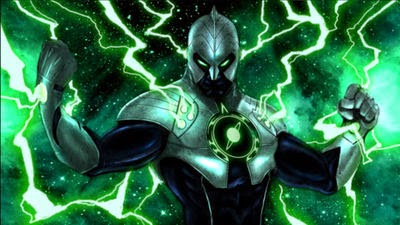 My second top pick for Fillion's inclusion in the MCU. James Gunn has introduced a wonderfully expansive universe in Guardians, and it's one that demands further exploration, and not just by him, and not just via the Guardians. A Captain Marvel film that focuses on Nova Corp operations would be the Winter Soldier of the space side of things, only, you know, good. Gunn has stated that he has pages written on Kree and Xandarian culture that was only touched on in the first Guardians film, and could easily become the political backdrop to it's own film. Where better to introduce Mar-Vell, a Kree spy sent to infiltrate the Nova Corp only to defect when he becomes enamoured with his rivals?

Second, the "Captain Marvel" of the title would be Carol Danvers, not Mar-Vell, meaning that Mar-Vell could fulfill the same role for Danvers that Black Widow did for Cap in the aforementioned Cap sequel. Add to that the additional layer of the charming, perhaps bumbling but increasingly twitterpated sidekick being the subversive, secret villain, and you've got yourself some significant dynamics at play. Of all the characters that Fillion could play, this one has the best opportunity for being a complete, complex and rounded character. The sleeper agent side of things gives him identity and purpose, while his relationship with Danvers and his growing respect for her and the Nova Corps gives him development. The role can easily cover a wide range of abilities that Fillion is capable of, from Castle-style buddy cop humour to being devilishly charming, from subtle villainy to asylum-seeking repentant.

My personal choice for a role to be filled by Fillion. With Wendell Vaughn, Marvel Cosmic has an opportunity to try to repeat history, because they have a chance to create a Coulson-type character for the space based MCU. A character who can appear in any of the films set in the broader galaxy, and have it make reasonable sense for them to be there. Make him an up-and-coming Nova Corp officer, under the command of John C. Reilly's Dey. Introduce him in the Guardians sequel, as having been assigned to keep an eye on them. Make him the straight man who ends up getting pulled into the Guardians nonsense against his better judgement.

As for Fillion, he shines brightest when he's playing an every-man. Mal Reynolds, Richard Castle, Bill Pardy, even his character from the short lived Drive. They are all characters put into extraordinary situations, and forced to adapt the best they can according to their own sense of morality. This is exactly Vaughn's comic origin: he's just a guy who keeps getting in over his head. Plus, how natural would it be to hear Fillion and Rocket have an interaction like this:


Vaughn: You can't do that!
Rocket: Why not?
Vaughn (exacerbated): Because you're under arrest.
Rocket: The important thing is, that you believe that.


The truth is, there are half a hundred roles from the comics that Fillion could play, some major, many more minor. And that's not taking into account original characters, like Coulson, that Gunn or Whedon or any of the other writers and directors working for Marvel could create and slot Fillion into. From a desk jockey on SHIELD to a random bystander in Avengers 3 to any of my above choices in the cosmic universe, Fillion is an actor it doesn't take a lot of imagination to conjure fitting in anywhere. And so long as Whedon and Gunn are working behind the scenes, you have to imagine it's only a matter of when, rather than if.
Share on Facebook Share on Twitter Share on Google Plus