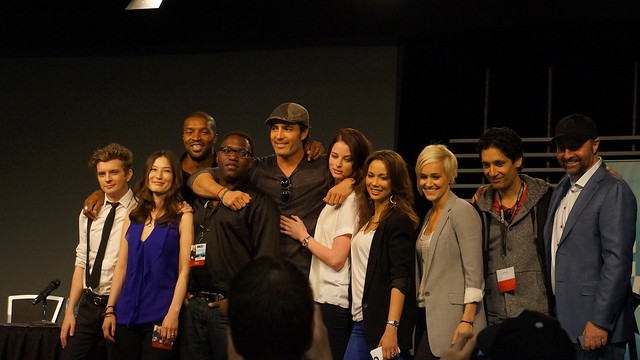 After months of waiting for official word, Showcase in Canada and Syfy in the US have announced that Continuum will return for a fourth season. That's the good news. The bad is that this will be the final season of the exhilarating and unabashedly intelligent time travel drama. The worse is that this final season, seemingly in line with Syfy's own method of burning off shows, will only consist of 6 episodes, a cut of more than half compared to the last two seasons.

I have not been subtle about my love of this show. It is a refreshingly complex series that never tries to dumb things down, but expects the audience to rise to the level of the materials presented. And it does all that while never seeming pretentious or overvaluing itself. In fact, it remains quite humble; it's very Canadian in that respect. Considering the absolutely insane final seconds of last season, arguably the strongest season they've produced, I'm glad that Simon Barry will be given the chance to wrap things up. To bring Kiera's story to a proper conclusion is respectful and welcome. It at least gives us a month of programming to look forward to at an as-of-yet undecided date in 2015.