Home / Lego / Science / Toys / Lego Could Make All The Difference

Lego Could Make All The Difference 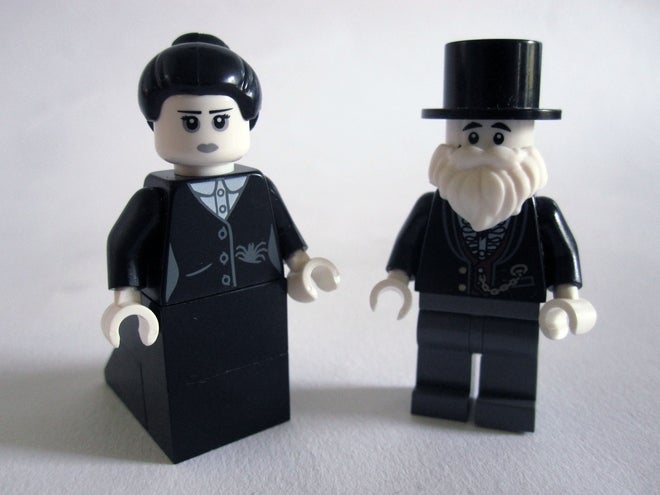 Ada Lovelace is an amazing historical figure, and not enough people A) know about her and 2) give her the credit she deserved. I highly recommend giving the chapters concerning her in Walter Issacson's book The Innovators for a detailed recap of her life, or you know, reading hilarious comics written about her by Maritime Canadians, whichever you've got time for. In brief, Lovelace was the child of Lord Byron, and her mother, suspecting that Ada might have the wanton and directionless spirit of a poet like her father, essentially pageant-momed her into science. The end result was what Ada called "poetical science," basically an early shot at science communication, where her descriptions of complex ideas were laced with metaphors instead of cold data, allowing them to be more accessable. Her work on Babbage's Difference Engine, and her articles concerning its potential were, at the time largely dismissed because of her gender, but did provide inspiration for the likes of Faraday and (though he disagreed with her), Turing. She is also credited as the first computer programmer. So, a pretty big deal considering that most people have never heard of her.

Over on Lego Ideas, creator stubot has sought to correct history's mistake and given Lovelace and Babbage the recognition they deserve, in Lego form, in honour of the 200 anniversary of Ada's birth. The proposed set would include both Ada and Charles, as well as a young Ada and her math homework. The bulk of the set however would be a miniature reconstruction of Babbage's machine mid-construction. As a celebration of Ada's contribution to computer science, and as a nifty, Victorian-inspired Lego set that balances well with the previously released Women In Science set, I would very much welcome this into my personal collection, even if Ada is looking a bit peaky. I recommend voting for the set post haste.