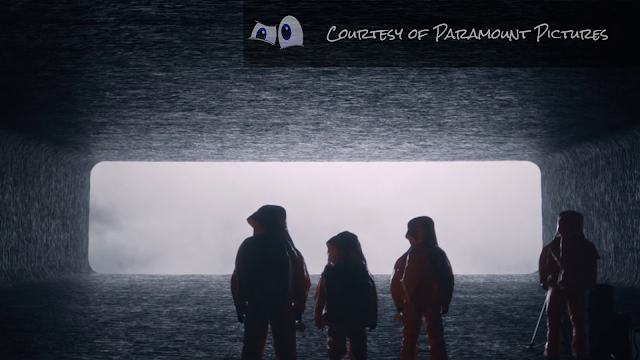 2016 has been, as John Oliver recently pointed out, a pretty shit year. It’s been a shit year globally (highest temperatures ever), democratically (Trump, Brexit), mournfully (David Bowie, Prince, Leonard Cohen). And it has been a pretty crap year at the movies. Disney may well have broken the record for highest earnings in a single year at the domestic box office and still has two major releases yet to go, but for the viewing public, this year hasn’t had a lot to be inspirational about. The year started strong with the likes of Deadpool and Zootopia, but despite shining lights like The New Guys or Hunt for the Wilder People, it’s been mostly disappointing sequels, uninspired franchises, and tepid original offerings. It isn’t the worst cinematic year I can remember, but cumulatively it feels more nondescript than bad, and that might be worse. However, a few buoyant vessels can keep a sinking ship afloat, and this week we got the highest riser I’ve seen yet. Arrival is a lifesaver of a film, and the antithesis of a lot of what has mangled the movie business for the last few years. It is a poignant character study, which makes judicious use of metaphor and emotion while telling an interesting story without resorting to cheap tricks and rambling action sequences. It is a movie that has something to say, and the words to say it with.

Arrival is the modern offspring of Close Encounters of the Third Kind and Slaughterhouse-Five. It might also be the best use of science fiction as a metaphor to tell desperately human stories I’ve experienced since reading A Long Way To A Small Angry Planet, by Becky Chambers. 12 ships have landed on Earth. Humanity doesn’t know how to communicate with them. Let me repeat that: 12 ships have landed all over the world, meaning that different countries, cultures and dispositions must find a way to coordinate and communicate with each other in order to make sense of a global phenomena. As the most basic metaphor, that is the current state of humanity. On subjects like nuclear disarmament, global warming, crisis intervention, the world seems unable to get on the same page. They hide behind differences in cultural morality or political disparity, despite the notion that things like basic common decency or the survival of the species might transcend individual needs. Even within those broader cultures, there is an enmity that is hard to parse. The military wants to act, the scientists want to study, the spies want to keep things secret. The left wants to progress, the right wants to isolate. It seems at times that the gulf between agreement is wider than ever and nearly impossible to breach. In light of recent elections and referendums around the world, this seems a more poignant message to deliver than ever. And to avoid getting preachy, a movie requires An Other – in this case, aliens with no clear agenda – to carry that message.

The tradition in alien movies is that they show up, make their demands and blow something up. Rarely are aliens benevolent. When they are, humans tend to screw it up. But few times has the difficulty of communication been the focus. There is a single brilliant episode of Star Trek that deals with it, and the movie Enemy Mine broached it as well. Never though has so much focus been put on the agony of communication. Arrival does. Arrival works hard to explain why talking to another person is next to impossible. It is amazing that we can do it at all. There is so much unsaid in what we say. A picture might be worth a thousand words, but our words speak volumes themselves. Intent is hidden beneath edifice, hidden behind politeness, hidden beneath bias. Meaning gets lost, and purpose is misinterpreted. Add to that a language gap and suddenly the odds of mutual understanding become astronomical. And all humans, no matter the language, all use basically the same tools. We think and write linearly. We have only so many noises we can make with our bodies. No matter the complexity of the written word, there are only so many ways we can write things. Our hands, our eyes, our minds all possess the same limitations. Imagine then, trying to communicate with someone who has none of those limitations. How do you even begin? How can you ever know if you are succeeding? Does that make the effort futile, or all the more critical to get right? Arrival screams the latter, in a world that is far more content with the former. In the real world, more and more it seems that rational conversation and debate has been replaced with emotional and nostalgic shouting and vitriol.  There is no more communication, only advertisement. But advertisements are one sided, and heavily biased, and appeals only to base instinct. But the lizard brain cannot rule the day; the ape mind must take part.

Arrival is the next masterful work of Denis Villeneuve, whose four Hollywood movies have already reached Master level, as far as I’m concerned. Last year’s Sciario was an awakening for me, as Arrival is now, at a point when I needed elevation. His movies are graceful in their visuality, purposeful in their narrative and daunting in their soul. There is a moment in Arrival when a helicopter is approaching the alien craft – a 1500 foot tear-shaped obelisk – and you should be amazed by the grandeur of it, an alien presence in a familiar setting. Instead, my eye hardly notices the space craft at all, I’m too entirely obsessed with the cloud front pouring over a Montana mountain range, moving in a slow fluid motion promising to engulf the valley beneath. It was a far more alien and far more beautiful image than anything the ship had to offer. And Villeneuve knows this. It’s why the scene was shot that way. Every moment is visually important. Like all great directors, he is aware of every parcel of screen, and fills it all with purpose. There are no wasted shots. Even conversations are framed purposefully. Angles, shadows, contrast, colour. If the screen were a Buffalo, Villeneuve would use every part. And because there is this alien element, it allows him to assault us with differences. There are few shots inside the alien ships that are not antagonistic to our perception of the usual. In a place where there is no up or down, why rely on those concepts? Rather, place the audience in discomfort, as the characters are. Use the senses to imply sympathy.

The movie is filled with characters, but really only one matters: Louise, played by Amy Adams. The movie is laser focused on her. And in fact, the audience interacts with the other characters in the exact same way that Louise does. She is a perfect example of an audience surrogate. We only get closer to characters as she does, we only experience events as she does, and those characters with whom she would have only a tenuous relationship are largely unknown to us, even if they are her primary costars Jeremy Renner and Forest Whitaker. The movie never moves beyond her view point, which means there is no Independence Day style global perspective. The global crisis is experienced as we might experience it, from a private place of isolation. As she says early in the film “I’m watching the same news you are.” The film never jumps to the bridge of a Chinese warship or the Situation Room at the White House. The story of the 12 ships is told through news reports and Louise’s limited access and influence over the situation. It is a claustrophobic and personal way to explore such a massive event, and wonderfully engaging. And Adams takes us on this journey as a person who is only just holding it together. She focuses on her work because that is her strength, and where she can contribute. Anything outside of that makes her nauseous, and powerless.

Arrival is, despite the heftiness of the message and the scope of its morality, a very simple film. Combined with the very simplistic nature of the recent Magnificent Seven remake, I hope this is a movie away from nine plot pile ups and characters galore. Seven was of course a very different movie – it was one liners and explosions and every base instinct the audience craves fed to them with a rousing soundtrack. Arrival is the more mature film, an adult notion compared to more teenage inclinations. But the simplicity of the narrative, and the honest sincerity of the characters means that we are more readily able to digest its content, and it has more room to say Important Things rather than just fill silence. In that way, it is a near perfect marriage of the business of entertainment, and the responsibility of art. Experiencing this film has the potential to make a person better, and taking more away from it than just “an alien movie.” Yes, there is a twist, one I completely didn’t see coming and that speaks to the depth of Eric Heisserer’s script and the subtly of Villeneuve’s directing that it wasn’t blatantly obvious. The twist though isn’t a twist to wake up the viewers that stopped paying attention, it was integral to the narrative. It retroactively informs the character of Louise, and proactively establishes a greater sense of purpose.


Arrival is also a very optimistic movie, despite Louise’s borderline depression and the colour filters of the Earth bound shots, and the literal tone of the soundtrack. There is a very pro human message, almost as utopian as anything Star Trek tried to convey back in the day, before it became about Beastie Boys music. Not as the species of humanity, but as the culture of humanity, we do not communicate. We have never done it well, and we are exceptionally bad at it now that all communication is instantaneous. Arrival suggests that if we all stopped trying to talk at once and listened, and tried to really honestly fully understand what was being said, and considered it for a moment before responding, things might get better. We might get better. And wouldn’t that be something to talk about.
Share on Facebook Share on Twitter Share on Google Plus