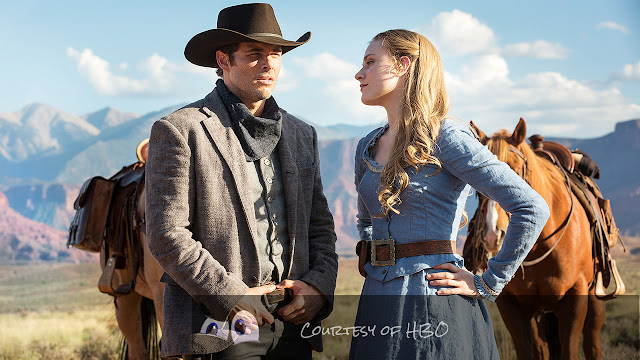 In which all of this has happened before, so why did it have to happen again?


Back in the heady days of 2006, Thursdays were my favourite days of the week. Why? Because that was the day when I could waste the first couple hours of work talking with my coworkers about what happened on LOST the night before. We would talk about what Ben might be up to, where the island might be, if the Casimir effect was real, and if the writers actually had an idea of where they were taking the show. It was a wild west of theories and suppositions and eventual disenchantment, as it became more and more obvious that the immersive, fascinating, character-focused show it began as became a mythology driven, mystery centric cluster fuck. It spawned a generation of imitators, none of which gained any substantial success, and the subgenre of mystery based arc heavy television died a worth death as Peak TV was beginning to gain traction. Except for Westworld, which feels very much a fragment of the past, dug up, dusted off and intended to amaze and captivate us like in olden times (again, a decade ago).

The problem with Westworld is the problem that faced all those original LOST clones, and eventually led to the downfall of LOST as well (and became the millstone around the necks of other series of the time, like Battlestar Galactica). When the focus is on trying to build a mystery, to look smart in front of your viewers (or worse yet, to try to be smarter than your viewers), and you forget about building sympathetic characters into your world of wonder and suspense, then it is impossible for the audience to care about what is happening. An audience doesn’t buy into a mystery, they buy into the repercussions and the consequences of the mystery on the characters involved. Hiding behind excuses like “it’s all leading somewhere” are hollow. One, because that is a cop out, and lazy. And two, because you are then obligated to actually lead the audience somewhere worth going. Without a character to invest in, to sympathize with, to empathize with, then what is the point. Which is something I found myself shouting at my screen often throughout this frustrating ten episode run.

I’m going to take a moment here, and make an admission and a recommendation. First, the admission: I gave up on Westworld three episodes in. The episodes were overly long, dull, and I was engaged with the characters in no way. I felt that way half way through episode one in fact, but I gave the show a chance. Then abandoned it. As the finale approached, I binged through the remains, wasting the better part of a day catching up, time I absolutely feel I wasted. It was not worth the time. Now, the recommendation: go watch Ex Machina. If you enjoyed Westworld, thought it was brilliant, thought the characters were interesting and you were sucked into the mystery of the story, watch Ex Machina. You’ll realize pretty much immediately that you were wrong about Westworld. If you haven’t watched Westworld, don’t bother. Go watch Ex Machina. Alex Garland’s film covered all the same bases that Westworld did, but did it with more tension and sorrow and genuine mystery and delight. It covered the same philosophical bases (which, in the robot genre, are well trod tropes), but remained consistent throughout and actually had something to add to the conversation rather than just tried to look like the cleverest kid in the class. Ex Machina told Westworld’s story better in one fifth the time, and with only four characters, as opposed to the urban sprawl of Westworld’s cast. At the end of Ex Machina, you will be emotionally exhausted and properly disturbed. At the end of Westworld, you are left wondering what you could have spent 10.5 hours doing better (the answer is literally anything).

Westworld is a lot of things, and none of them subtle. First of all, it is a most blatant Game of Thrones copy. HBO, J.J. Abrams and Jonathan Nolan should all feel ashamed at how transparent they have constructed not a clone of the fantasy series, but a clone of the format of the series. Ridiculous sets, huge cast of characters, obscene amounts of money spent on making everything look as perfect as possible, hiring big stars to draw in the accolades. On paper, this is standard business practice. Take what works, change it slightly, and people will bask in the familiar. But if Westworld was meant to be the Pepsi to Game of Thrones’ Coke, it actually ended up being New Coke. Or, to use a more cinematic metaphor, Westworld is the Suicide Squad to Game of Throne’s Guardians of the Galaxy. I will take this moment to clarify that many of the same problems that sink Westworld are the same that have dragged Game of Thrones down these last two seasons, which makes me suspect that there is something rotten in the state of HBO, and that cost and spectacle are more than ever driving the creative side of things, to the extreme detriment of quality. But from word one, Westworld is meant to be the heir apparent for Game of Thrones. It isn’t even a pale shadow of Thrones’ in its prime. Westworld is a mess of intention, signified by the fact that from beginning to end, I was never actually sure what anyone was working towards. Part of me wonders if the mystery element wasn’t meant to be there, but that the writers just kept things so vague as to suggest a mystery element when really it was just their indecisive narrative. But J.J. Abrams is involved, so the mystery is obviously purposeful. It’s just crap. What isn’t blatantly obvious is only obscure because of the incompetency of the writing, which the audience confuses for intent.

Is Westworld a discussion on the concept of self? Of consciousness? Of free will, and what qualifies as a state of being? Is it the story of self-discovery? Is it a metaphor for the creative process? The answer is yes, it is all of those things. It is none of those things well, and it is on none of those subjects groundbreaking. I don’t expect a revelation of philosophy from every robot-cowboy TV show I watch, but I do expect that when a show steps up with these lofty and introspective concepts at the fore, that they actually have something to say about them, or at least a clever take on these ideas that doesn’t feel tired and recycled. Hiding it under a layer of leather and caked on dust doesn’t distract from the fact that the show flounders in its very purpose, to tell a good story in an interesting way. The crux of this failure is the fact that the story is filled with characters that are redundant, pointless or expendable. It is presented as an ensemble, but the ensemble is disassembled. The journeys of Delores, or the Man in Black, or Ford, or Maeve might have all made for interesting watching if they had been focused, intentful and engaging. Instead, they were stilted, unable to progress at a natural pace (held back for fear of getting too far ahead of whatever Clever Reveal was approaching next).

The characters were under the whip of generating cliffhangers and a-ha moments, the mystery dictating the pace which left the characters abandoned in repetition or irrelevance. How many times was it necessary to have Ford and Bernard talk about Bernard’s son’s death? More to the point, why was there a different purpose for said death every time they had that conversation?  What was the point of Teddy Flood, a character who could be removed entirely from the series to zero effect, other than the absence of some false motivation? Even the two most progressed characters, Delores and Maeve, feel like they should have been the same character at either ends of their journey. As it stands, both are truncated and are now beyond the point of evolution. Most of the characters lacked any progress at all, perhaps a statement about the nature of the park, with these characters endlessly repeating the same narrative over and over, and unable to move beyond it. I don’t give this show that much credit though. There is no meta-notion about the nature of storytelling at play. It’s just wheel spin.

I think the downfall of the show is the attempt to be all things at once. Maybe it was the fear that this would be the only chance they had, and wanted to cram in as much of the story as they could. This would explain why Delores and Maeve feel like two halves to a single whole. Or why there are multiple timeframes in play throughout. But fear of not being able to tell enough story resulted in them not telling much of any story. Had they concentrated on the Man in Black’s journey, allowing the world of the park to unfold at the feet of a villainous protagonist, that approach certainly would have been different and defusing and interesting. Likewise, if they had simply created an audience surrogate (as I expected both Teddy and William to be), and let them get swept up in the narrative of the park, and allow the audience to experience the chaos as it occurs around them would have been a much deeper well of tension and distress. The audience is naturally in as little control as the characters experiencing the failure, which is why something Jurassic Park (the more refined version of Michael Crichton’s original idea) works; in or out of the park, neither side can control what is going on. When Westworld constantly takes us out of the park, into the behind the scenes, all that we come to understand is that there is such a thing as complete control. Half the time, the “mystery” is just someone controlling things unexpectedly. In fact, pretty much every Grand Reveal was just that the person everyone expected to be in control at that moment wasn’t, and that it was someone else. Once, that might be interesting. After the dozenth time, it’s boring. The take away is that nothing that happens inside the park, or to any of the host characters, matters. It is all just filler. A death is just a reboot, a great display of emotion just a program, and a malfunction just something to be repaired. There is no emotional pull behind anything that happens to any of the robotic characters. And the human characters are as inflexible in their actions and reasoning as to be essentially robots. When you can’t care about what happens to half the narrative, and don’t care about the other, all you are left with is a hole in your Sunday night.
Share on Facebook Share on Twitter Share on Google Plus