“I’ve got these two characters, two of my favourite characters from the comic book, a brother-sister act. They’re in the movie.”

That was Joss Whedon at the Iron Man 3 premier earlier this week, doing his very, very best to get every detail obsessed geek on the internet (like myself) all riled up by dropping a simultaneously vague and presumably obvious hint like that. Everyone immediately jumped on the Scarlett Witch/Quicksilver band wagon, because they are the obvious choice. But Whedon isn't necessarily one for the obvious choices. So, if not the Maximoff siblings, who else might fit Whedon's description? Turns out, there aren't that many off-gender sibling pairs in the Marvel universe, at least not ones that aren't closely associated with Xavier's School for Gifted Youngsters, and therefore unavailable to the MCU.

But few doesn't mean none, and by my count there are six possibile character pairs which would both be available to Whedon and co., and fit within the universe established by Phase 1. Hit the jump to see the list. 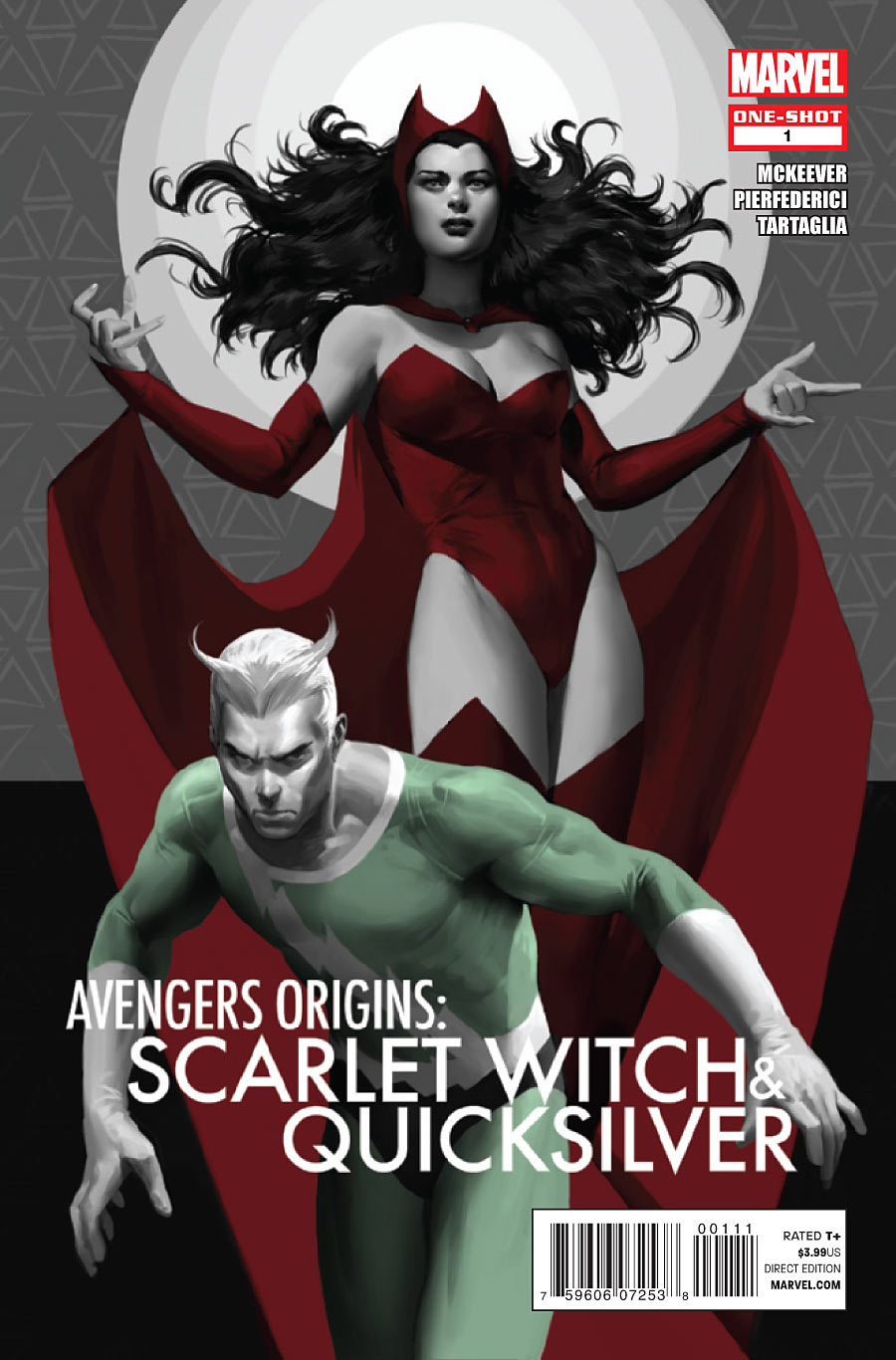 Lets just get this out of the way right now. Aside from the Ant-man/Wasp duo, the Maximoff's are the only members of the Ultimates (where the majority influence over the MCU is coming from) not featured in the initial film. A vague mention of a cello player associated with Coulson in Avengers had the internet certain that was a subtle reference to the Witch, allowing for a seed that might grow into something in the sequel. They also fall into a grey area of rights ownership, considering these two are the children of X-Men baddie Magneto. To quote Kevin Feige, "If [FOX] want to use them for X-Men, they can use them. If we want to use them for the Avengers, we can use them." The stipulation for their use in the MCU is that no mention can be made of their heritage, or of they're being mutants.

I've been in favour of their not being included in the MCU specifically because being mutants, and the strained relationship with their father is a pretty big chunk of their motivation made inaccessible. Removing that stuff essentially makes them different characters. However, if they were de-mutated, Wanda could come off as the least effected. In the Ultimates universe, her powers were described as doing calculations to effect chance on the quantum level, an ability that could be explained away via the Thor-style "magic is advanced science." Quicksilver would be a harder thing to explain away. Back some time ago, I suggested Alexander Skarsgård and Poppy Montgomery for the roles (Montgomery replacing my preferred choice, Rebecca Hall, who had to go and ruin things by taking a role in Iron Man 3); I stand by those choices.
Chances Of Appearing: pretty damned good.

Mutant white supremacist twins with a connection to HYDRA, and usually an enemy of the X-Men, or of SHIELD; in the Ultimates universe they were heads of an investment firm, attempting to destabilise the human economic system to achieve mutant control (utter fiction, as investment firms would never have that much sway over society and politics). What makes this pair's inclusion most unlikely is that they are villains, and it is assumed that there is already a pretty big guy lined up for that job.
Chances Of Appearing: on par with a snowball's in hell. 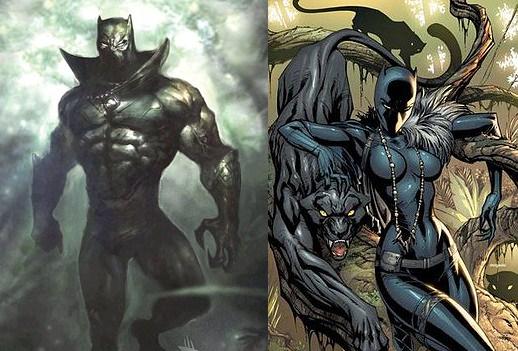 Black Panther is so outside of my wheelhouse that I didn't even know he had a sister until I put together this list. Marvel has been dancing around the idea of introducing T'Challa for a while, but is unwilling to be as forward about their intentions as they are about Doctor Strange. However, the Panther appears to be a fan favourite, and if the MCU needs anything more then female heroes is heroes that don't descend from Irish or Nordic stock. My concept for a Black Panther film would essentially have been Hamlet, set in an African dictatorship, and adding Shuri and making the persona of the Panther a team would be an interesting change to the established formula. But I doubt she's well known enough to be considered one of Joss Whedon's favourites, despite his love of warrior women.
Chances Of Appearing: better then your average bear. 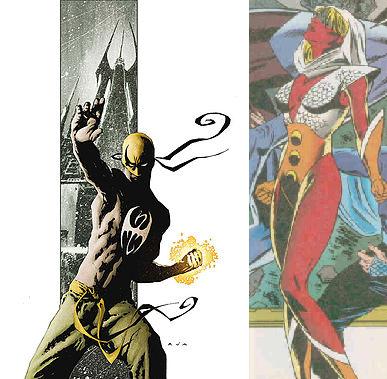 Iron Fist is another property that fans seem to want to see introduced, if only to add another genre (martial arts fighting film) to the list that Marvel is already able to explore. However, I think Miranda falls into the "super obscure" category, as characters go, and while I expect we'll see Danny Rand eventually in either film or TV, I doubt it will be in an Avengers film, and I doubt it will be with his sister by his side.
Chances Of Appearing: rarer then steak tartare. [Edit: I am aware that Joss specifically mentions a brother-sister team, and that these are in fact sisters. However, screw it.]

This might be interesting. The Inhumans are traditionally a Fantastic Four character set, however Crystal has served as a member of the Avengers. It would seem like introducing the slightly alien Inhumans would be enough of a plot device to carry its own film, but the existence of Guardians of the Galaxy might provide an opportunity. Marvel has insinuated that a connection will be drawn between Guardians and Avengers 2, but there has been no suggestion that it will be one of the Guardians doing that connecting. The Inhumans revealing themselves and teaming with the Avengers against Thanos might just be that connection.
Chances of Appearing: attractive, but unlikely. 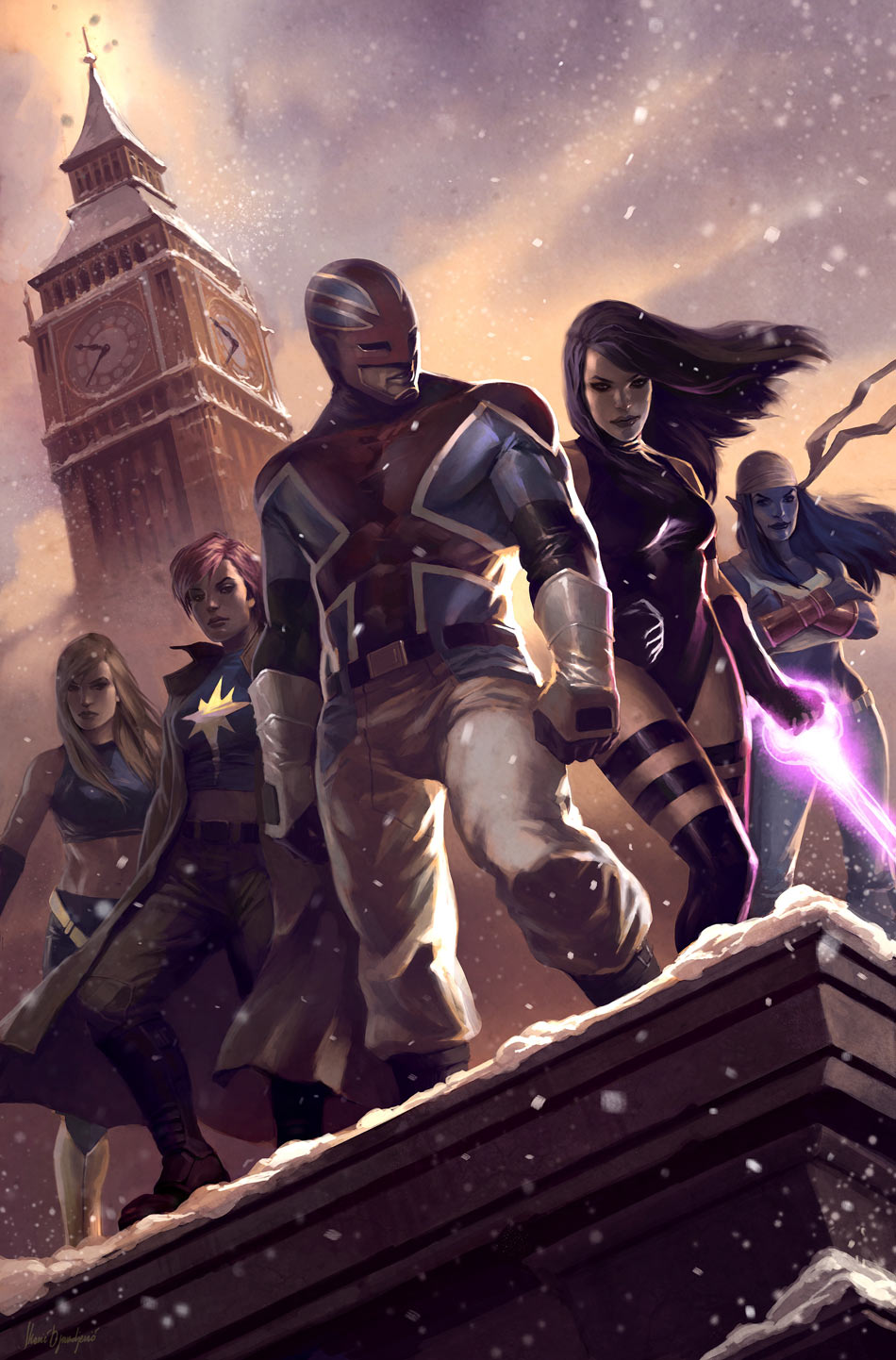 Here we go. If any sibling pair has a chance of appearing in the Avengers 2, other then the Maximoffs, it is the Braddocks. It gets a little weird though, venturing into rights conflict territory. Betsy, aka Psylocke, is a member of the X-Men. Her character has never been named in any of the films, however in X-Men 3 there was a character director Brett Ratner referred to as Psylocke in the film commentary, but which Zak Penn says was not named as such in the script. She did not demonstrate any of Psylocke's traditional powers, and fans thought she might have been a character called Kwannon. That she wasn't identified as Psylocke, and would be a substantially different character anyway, might be enough to allow her use in the MCU.

Brian Braddock, also known as Captain Britain, or the UK's attempt to recreate the super soldier serum that created Captain America, is a distinct possibility. The characters are allies, SHIELD is already established in the films as being part of the World Security Council, and perhaps tellingly, Avengers 2 will film at Pinewood Studios in London, rather then Cleveland and Pittsburgh as the original was. Does this suggest that the action will not be localised just to New York, but be more global this time? Considering that Thanos would represent a global threat, it would make sense to involve the rest of the world, and introduce the global effect that the Avenger's have had since the Battle of New York.
Chances of Appearing: a distinct and exciting possibility. And the pair that I'm putting my money on, as of now.
Posted by MR. Clark at 10:30