[List] - What Happened To The Two Guys, A Girl And A Pizza Place Cast?

MR. Clark 26.7.13 Analysis , Featured , Firefly , List , Nathan Fillion , TV Edit
In which we look at the fallout of a show that never got a fair shake.

Wait, before we start in on this, can I just draw your attention to that photo above for a second. Note how happy everyone who isn't Richard Ruccolo is. Ryan Reynolds, in his current position, I can understand. And Fillion, he seems to be happy pretty much all of the time, although perhaps a little too happy here. But Ruccolo looks like he could punt a kitten into a lava flow. And I can't stop laughing at his apparent misery.

OK. Two Guys, A Girl, And A Pizza Place, later renamed just Two Guys And A Girl, though by that point there were three of each, was a fairly inoffensive attempt to recreate the Friends formula on ABC from 1998 to 2001. Initially a hit for the network, airing after the flagship sitcom The Drew Carry Show, network interference lead to a yearly restructuring of the format, cast and stories. In the end, it was a victim of the Friday Night Death Slot. It is worth looking back at though, for a number of reasons besides being the thing that introduced the world to Ryan Reynolds. It managed to mix Stooge-style physical comedy with the generic relationship humour of the late nighties sitcom in a way that makes the humour seem a little broader then it actually is. Somewhat uniquely, none of the primary were ever paired with each other, bringing in new characters for each, though those secondary characters got passed around like a joint at a Laser Floyd show. And the show is pretty much the best example of modern television of characters being hit on the head with things. If you live in Europe, or have a regionless DVD player, the only series DVD's available can be found here, and are unlikely to ever get a Region 1 release.

Twelve years later, and in the shadow of Reynold's latest cinematic failure, what happened to the rest of the cast of this mistreated but well intentioned series? After the jump, we shall find out.

Owner of the perhaps the most nineties name ever, Tiffani Amber Thiessen joined the show in a recurring role in season three during one of Pete's many career shifts. Best known for her roles on Saved By The Bell and Beverley Hills, 90210, Thiessen seemed unable to shake the "teen idol" status, leading to a career comprised mostly of direct to video films, sequels and one off guest appearances on sitcoms. The short lived FOX series Fastlane was a deliberate attempt to shake off her perceived image, and has found, if not success then at least stability, playing Elizabeth Burke, wife to series lead Peter Bukre, since 2009 on the USA Network series White Collar.

Included in the first season of the show in an attempt to give it some comedy pedigree, Stiers' Mr. Bauer, the Pizza Place patron constantly passing off the plots of films as events in his own life, was one of the fatalities of the first reboot, which saw the show focus less on the day to day misadventures of the lead trio, and more on their personal lives. Stiers, having made his name on MASH, has spent most of his career a permanent guest star, trading on his name and considerable, if over the top, performances. The last decade has seen him concentrate on voice work for animation and video games, which makes sense considering his recognizable and slightly-but-not-quite British accent. 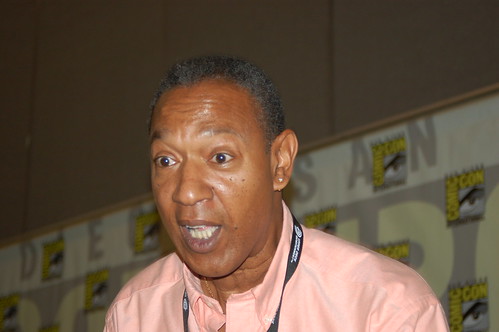 Carry played Pizza Place owner Bill, whose absence from season two forward was never explained, and was as distracting as the various extras put behind the counter. Carry continued to work as a character actor, putting in guest appearances across network TV, until he died in 2008 of pancreatic cancer.

Originally included in the season one main cast as Pete's girlfriend Melissa, the character was written out half way through that first run of 13 episodes, as her inclusion limited the potential stories Pete could be involved with. Due to the first season being showed out of order, Melissa continued to appear throughout the first season, long after she and Pete had broken up. Westfeldt, long time partner of John Hamm, continued to make appearances on TV, in series such as Grey's Anatomy and 24, though the focus of her career, both as an actor and a writer, has been on stage. In 2012, she made her directorial debut, writing and co-staring in Friends With Kids, with Adam Scott, Kristen Wiig, John Hamm and Megan Fox.

The character of Irene was added late in season two as a potential recurring foil to be used as needed. Introduced in the Valentine's Day episode as if she had always been there, her roll over the final two years would increase in volume if not in complexity. Attempts to grow the character as independent from the core group weren't successful, and Irene mostly was just annoying. Bach has continued as a guest actor, landing recurring roles in series like ER and the Mentalist, and as of August 2013, can be seen mocking her plus sized husband in a Tide commercial. Arguably, the biggest success of this cast, certainly the most consistently employed. After Two Guys, Fillion immediately went over to FOX to work on Firefly, which while being cancelled after half a season, cemented his role as the modern King of the Nerds. After Firefly, and a recurring role on Miss Match, Fillion jumped to film, making Serenity and Slither, before returning to TV in the eventually cancelled Drive, a recurring role on Desperate Housewives, the cult favourite webseries Dr. Horrible, and finally into his current, long running and successful police procedural, Castle. Definitely having more success as a TV actor, and since Two Guys, almost exclusively a lead, 2013 sees Fillion release three separate films, with roles in Much Ado About Nothing, Monsters University, and Percy Jackson: Sea of Monsters, all in supporting roles. 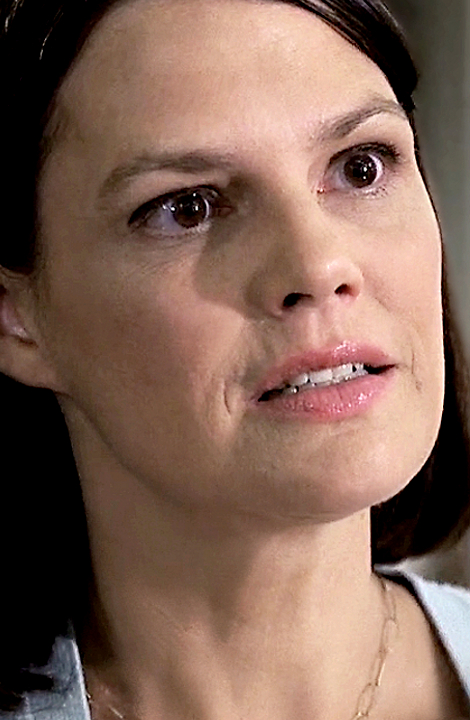 Cryer's Ashley is perhaps one of the most annoying and unlikable characters in sitcom history. Despite her function as a character running itself out shortly after her introduction, she was kept on the series, I can only assume at the insistence of the network, and thus the final two seasons had to accomplish many illogical acrobatics to find ways to keep her involved in the lives of the entitled trio. Cryer's filmography since is mostly a collection of one off guest roles, though her majority focus as been on stage roles. Despite a season two plot having her in a relationship with Jon Cryer, the two are not related. 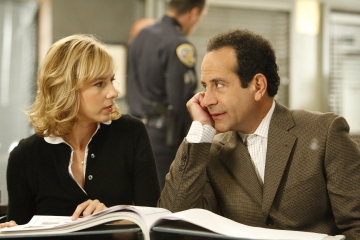 Howard has perhaps the shortest filmography of any cast member. After the cancellation of Two Guys, Howard made a guest appearance as Sam's ex fiance on West Wing and was star of Bram & Alice with Alfred Molina, which was cancelled after 8 episodes. She then took the role of assistant Natalie Teeger on Monk, replacing the departing Bitty Schram, a role she held for the final four and a half years of the programme. Her film career is one best forgotten, consisting of Dirty Work, Me, Myself and Irene, and Son of the Mask.

Ruccolo, having played the straight man on Two Guys, continued to foster that character type in guest appearances on shows like Joey, and It's Always Sunny. For two seasons beginning in 2008, her stared with Nicole Sullivan in the Lifetime original series, Rita Rocks. Reynolds' role on Two Guys could best be described as Jim Carrey-lite, spending most of the first season jumping, falling over and using silly voices to express sarcasm. This was toned down in later seasons, as Berg became a more rounded character, though the over reliance on his over the top reactions never really went away, and to be fair, is most of the lasting charm of the series. Reynolds immediately made the jump to films after the series ended, and is a textbook definition of studios trying to "make someone happen." Despite the tendency to call Reynolds a movie star, his filmography is filled with failed franchises (Blade: Trinity, Wolverine: Origins, Green Lantern) and gross out comedies trading on a fading memory of his sitcom origins (Waiting, Van Wilder, The Change-Up), with the occasional bland rom-com thrown in for good measure (Just Friends, The Proposal). Very occasionally a film like Buried appears, though they are few and far between, and films like the recent RIPD makes one wonder how terrible an agent Reynolds has.