These People Are Looking A Little Too Sexy For My Liking 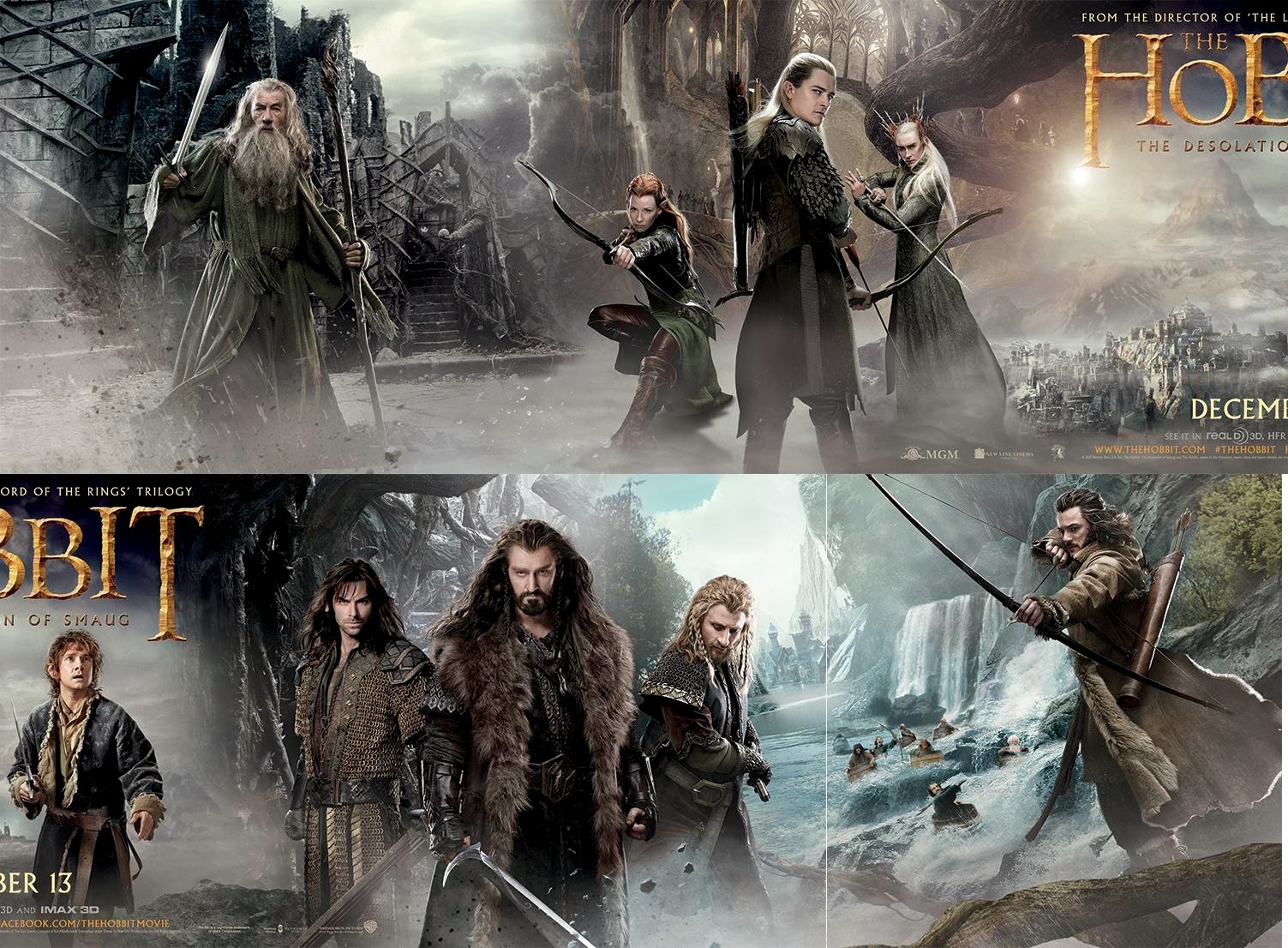 It was July of last year that we were treated to an "instalment banner" like this for The Hobbit. This year we had to wait til October, I think someone at Warner Bros. is slipping.

I have issues with this year's model. First off, there is no evidence of a dragon. For a film whose primary antagonist is a dragon, is named after said dragon, and whose trailers are dragon plentiful, the lack of dragon is muchly disappointing. Second, I liked that last year's told the story of the film in images. This one is just a collection of desktop backgrounds without context.

And finally, there is way too much of a focus on the sexy. Setting aside that Orlando Bloom has as much right being a promotional focus for this film as a steak dinner has a PETA rally, that the only dwarves featured of the baker's dozen are the sexy, smouldering ones is insulting. I had no problem with the depiction of Fili and Kili in the actual film, but the way the promo depart has been flouting Aidan Turner like he's an Abercrombie and Fitch model is just plain wrong.

I've provided the large, long, unbroken original after the jump.